The South Was Just Pro Choice

I saw a post today about whether or not the Civil War was a battle over slavery.

Now, I believe that the South was fighting the Civil War to preserve slavery. They were pro-slavery. That's why we had the horrific American Civil War.

But what if we look at it this way: The South wasn't pro-slavery: they were pro-choice. They wanted the right to choose whether or not they kept slaves. And they told opponents - "Don't approve of slavery? Don't have any."

And how would that make them any different than pro-abortion people who label themselves pro choice?

The label and the choice don't make the underlying activity, be it keeping slaves or killing babies in the womb, any more justifiable.
Posted by Sherlock at 7:54 PM 44 comments: 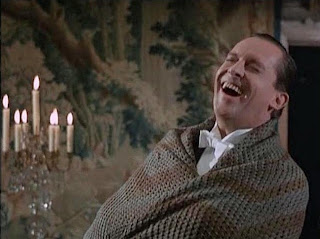 Really, Watson? You think the butler did it? 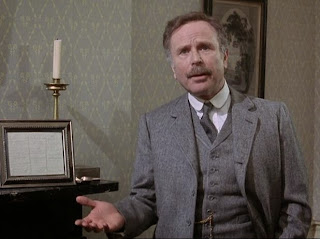 But Holmes, it was Brunton, the butler. 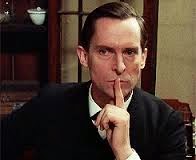 Oh, Watson, do be quiet. 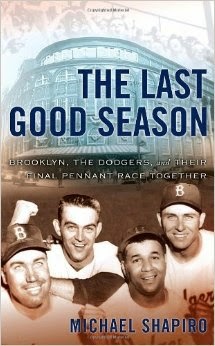 Michael Shapiro’s The Last Good Season looks at 1956: the year after the Brooklyn Dodgers won their only World Series. With the same cast of characters, the Dodgers spent most of the season chasing the Milwaukee Braves, edging them for the pennant by just one game. Ted Kluszewski’s Cincinnati Reds finished only two games back.

This book interweaves three stories: First, the actual on-field play of the boys of summer.

It’s also the story of the changes in Brooklyn, as the ethnic makeup was undergoing a transformation. And that change played a part in the third story: that of Walter O’Malley’s attempt to get a new stadium, leading to the move to Los Angeles.

Though getting a bit long in the tooth (Jackie Robinson would be sold, then retire after the Series), the offense dominated National League pitching, while Don Newcombe and Clem Labine started and finished wins. Perhaps because so much has been written about these fifties Brooklyn Dodgers, the actual baseball part doesn’t make up quite as much of the book as expected. There’s still plenty there, but it’s not as big a part of the whole as the title leads one to believe.

There are long passages looking at the experiences of Brooklynites and the changes going on in the borough. I found these to be the least interesting parts of the book. 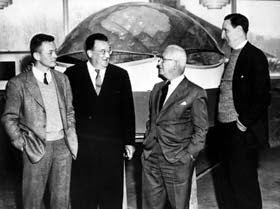 There is much about O’Malley’s attempt to build a new stadium in Brooklyn, and about powerful  New York City official Robert Moses’ lack of interest in helping O’Malley on the latter’s terms. Whether or not O’Malley’s domed stadium and site selection was actually feasible, Robert Moses wasn’t interested in facilitating the project. In the end, he tried to push the Dodgers into a site in Flushing, which a few years later came to host Shea Stadium.

Every book seems to take sides. While Shapiro isn’t particularly sympathetic to O’Malley, he clearly states, “In the end, Robert Moses is the bad guy in this story.” I happen to be in the camp that there is much blame to be assigned to both sides. But O’Malley wanted to improve his business, couldn’t get what he wanted, and went somewhere else where he could get it. That’s a simplified view, but that doesn’t make it any less accurate.

I think that this is a pretty good book about the second-to-last season of the Brooklyn Dodgers, with quite a bit of information on the power struggle for a new ballpark. One interesting tidbit is that Los Angeles officials were in Ebbets Field, wooing Clark Griffith of the Washington Senators when O’Malley sent a note down, saying he wanted to talk to them. The Senators, of course, moved to Minneapolis and became the Twins.

I give it four stars, with its strength being the O’Malley – Moses tussle.
Posted by Sherlock at 9:54 PM 4 comments: 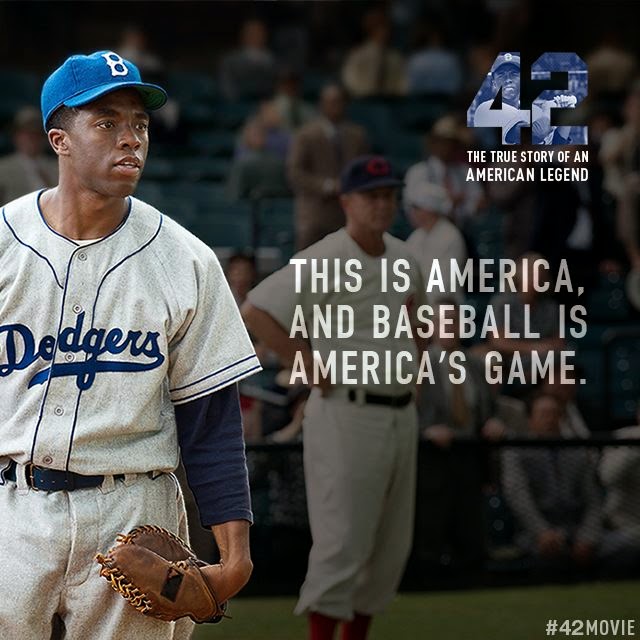 Tomorrow, April 15, is 2015 Jackie Robinson Day in MLB. I've written about Robinson several times here on the blog. The Dodgers are hosting the Mariners for a game on ESPN2. It's the 2015 Civil Rights Game and there will be all kinds of tributes.

Sharon Robinson (Jackie's widow), Don Newcombe, Sandy Koufax and Roy Campanella's daughter will all be involved in the throwing out the first pitch.

Tune in and remember Jackie. You can use the search line above to find all my Robinson, Newcombe and Dodgers related posts on the site.

BTW, I do pretty much all my posting these days over at my current blog, Almost Holmes. I'd like to free up some time do some more baseball writing here this summer, though.
Posted by Sherlock at 12:16 PM 2 comments:

Doesn't anyone else see that Obama is Nixon II?

I am more aligned with the President's view on immigration than I am with the Senate's. I think it is closer to a Biblical perspective (which is certainly ironic, with his twisting of what the Bible actually says into his own personal theology).

But I am flabbergasted that Democrats in America consistently heap praise on a president who, time after time, takes actions that echo those of Richard Nixon. The hypocrisy is mind numbing.

Nixon and Obama repeatedly displayed a blatant disregard for the US Constitution and several times exercised executive powers not granted their office.

Heck: they both had Attorney Generals who served their leader's political agendas, rather than carry out the actual duties of their positions. There are numerous similarities, and I don't mean good ones:

Abuse of the IRS to attack enemies, anyone?
Persecution of hostile press? Check.
Claims of executive privilege to shield subordinates from damaging testimony? Yep.

At least Nixon paid the price for his betrayal of his oath of office and was run out of the White House (though with Ford's pardon, he still got off easy, while his loyal underlings went to jail). How can there not be the same accountability for the current president?

Before you start blasting me in comments below, go read a critical book on Nixon's presidency, like Anthony Lukas' 'Nightmare,' Fred Emery's 'Watergate,' Theodore White's 'Breach of Faith' or Stanley Kutler's 'The Abuse of Power.' Then look at the current administration. It's right there.
Posted by Sherlock at 9:10 PM 3 comments:

The Texas Rangers sent a player to be named later (see below) and Tom Grieve to the New York Mets.

The Texas Rangers sent Bert Blyleven to the Pittsburgh Pirates.

The Pittsburgh Pirates sent Nelson Norman and Al Oliver to the Texas Rangers.

The Texas Rangers sent Ken Henderson (March 15, 1978) to the New York Mets to complete the trade.

Did you know that the Braves didn't start out in Atlanta? That they moved there from Milwaukee? And that they actually began in Boston? Well, that's all true. And in 1948, they had their last hurrah in Beantown. In 1914, 'The Miracle Braves' of Boston, behind Hall of Fame shortstop Rabbit Maranville, unexpectedly won the World Series. They finished second the following season. In 1916 and again in 1947, they managed to finish third. From 1917 through 1946, THIRTY consecutive seasons, they finished fourth or worse. And it was usually worse. Twenty three times out of thirty seasons, they finished under .500 (and finished .500 once).

That’s only six winning seasons out of thirty years. Forgot the Red Sox: The Braves fans were the long suffering ones. They broke the century mark in losses five times. And in 1935, the Braves managed an execrable 38-115 record, averaging less than 3,100 fans per game.

In 1946, the team showed signs of life, improving from 67 to 81 wins and nearly tripling attendance. In 1947, they had their best season since 1916, finished third and broke the million mark in attendance for the first time ever. With many fans excited for Braves baseball for the first times in their lives, what would 1948 hold in store?

“Spahn and Sain and pray for rain.”

Warren Spahn finished serving in World War II and in 1947, his first full season in the majors, won 21 games and led the league in ERA and innings pitched. He would go on to be the winningest left handed pitcher in baseball history.

Johnny Sain returned from his military service and won 20 games in 1946 and 21 more in 1947. Though his career was much less successful than that of Spahn’s, he finished second in the 1948 MVP voting. 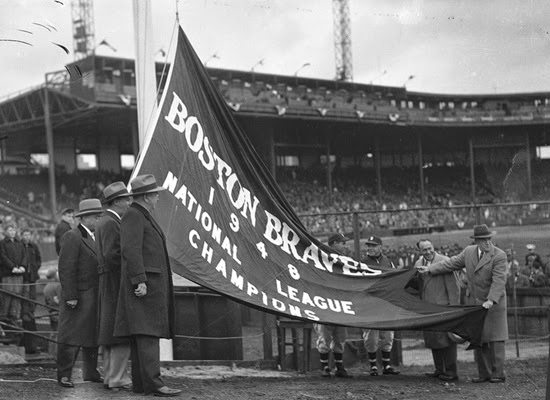 The Braves found themselves, surprisingly enough, in a three-way pennant race with the Cardinals and Dodgers as summer wound down in 1948. Those two squads had won six of the seven prior National League pennants.

As Boston raced to the flag, Boston Post sportswriter Gerald Hearn overheard manager Billy Southworth say, “From here on I will rotate my pitching staff. Spahn one day, Sain the next.”

How fortunate for Hearn that ‘Sain’ and ‘rain’ rhymed! On September 14, the following poem appeared in the Post:

It was paraphrased as “Spahn and Sain, then pray for rain” and is still recognizable to baseball fans today.

The refrain is a bit misleading, though. Sain had a brilliant season, winning a league high 24 games. He would also lead the league in complete games and innings pitched. His ERA was a stellar 2.60. He certainly would have won the Cy Young Award if it existed yet.

But Warren Spahn actually had the worst season of his peak years. He only went 15-12 with a 3.71 ERA. Vern Bickford was 11-5 with a 3.27 ERA and even Bill Voiselle, 13-13 with a 3.63 ERA, was comparable. But Southworth knew he had a tough lefty who had just won 21 games the year before in Spahn. And of course, he would go on to win at least 20 games eleven of the next thirteen seasons.

Spahn and Sain started 74 games in 1948: the rest of the staff combined for 75. But the two started three of the six post season games (Spahn and Sain and somebody else…) as the Braves fell to the Indians. 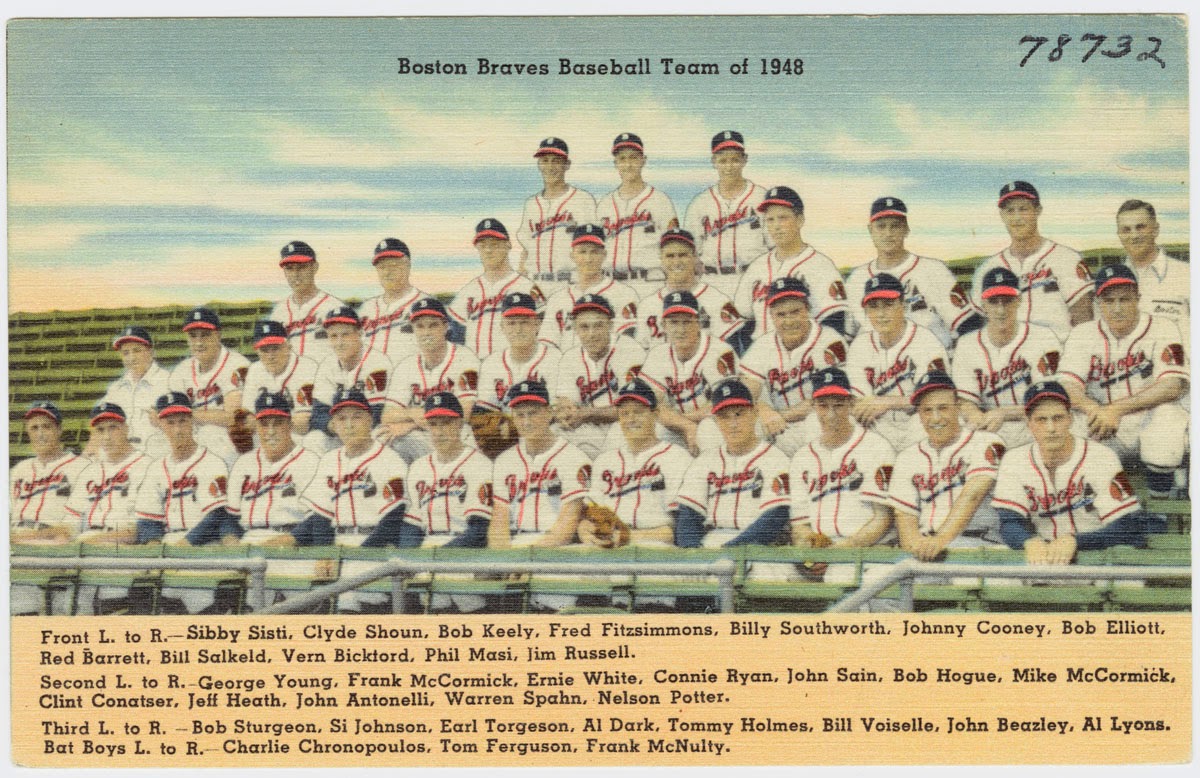 It was nearly an all Boston World Series, as the Red Sox finished tied atop the AL with the Tribe, but lost a one-game playoff to the Tribe.

1948 was the last hurrah for the Boston Braves, who had joined the National Association in 1871 and moved to the National League in 1876. They would finish under .500 in three of the next four seasons, with attendance plummeting. It was only 281,278 in 1952: down almost one million from just four years before. So, the team packed up and moved to Milwaukee for 1953, drawing a stunning 1.8 million fans (Brooklyn owner Walter O’Malley paid attention to that!). They also got suddenly good, finishing first or second in seven of the next eight seasons.

However, the team struggled from 1961 to 1965, attendance declined and the Braves abandoned Milwaukee after only thirteen seasons, moving to Atlanta. Now they just abandon ballparks in the Atlanta area…

‘Casey at the Bat’ is baseball’s most famous poem. And dedicated fans will recognize ‘Tinkers to Evers to Chance.’ But "Spahn and Sain and pray for rain" has certainly endured for close to seven decades.
Posted by Sherlock at 12:02 AM 9 comments:

Sherlock
I hate the pithy comments that pass for widsom on Facebook, so I figured I'd try a blog, which gives the opportunity to provide some 'meat'. I promise no "I'm happy and going to the bathroom" updates. Gah! The blog's title comes from Psalm 23.